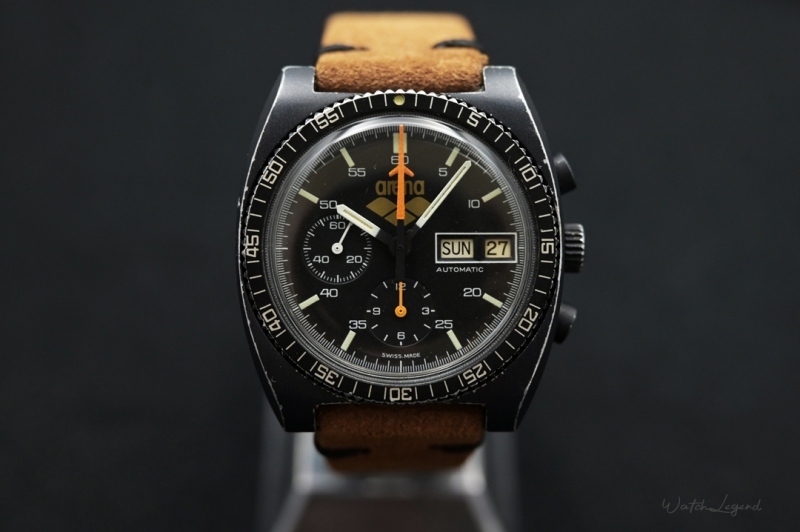 Lemania was a Swiss watch manufacturer and manufacturer of watch movements.
Lemania produced movements for Omega, including for the Speedmaster that Buzz Aldrin wore on the moon
Lemania 5100 and 5012 movements was officially issued to pilots by the NASA and NATO and was specifically designed to withstand more than 7g without losing time.
The Lemania 5100 and 5012 movements was then used in numerous well know brand such as Heuer, Omega, Sinn, Orfina, Tutima, Fortis and Eberhard watches to name a few.
Lemania separated from the SSIH Group in 1981 and changed its name to Nouvelle Lemania. In 1992 the Nouvelle Lemania was bought by Breguet. The Lemania calibers are still used today in watches of numerous well-known brands.

Arena was created in 1973 by Horst Dassler, son of Adidas founder Adolf Dassler, in order to manufacture competitive swimwear. The idea of producing sportswear came up to Dassler after the astounding performance of swimmer Mark Spitz at the 1972 Summer Olympics in Munich, where he won seven gold medals.