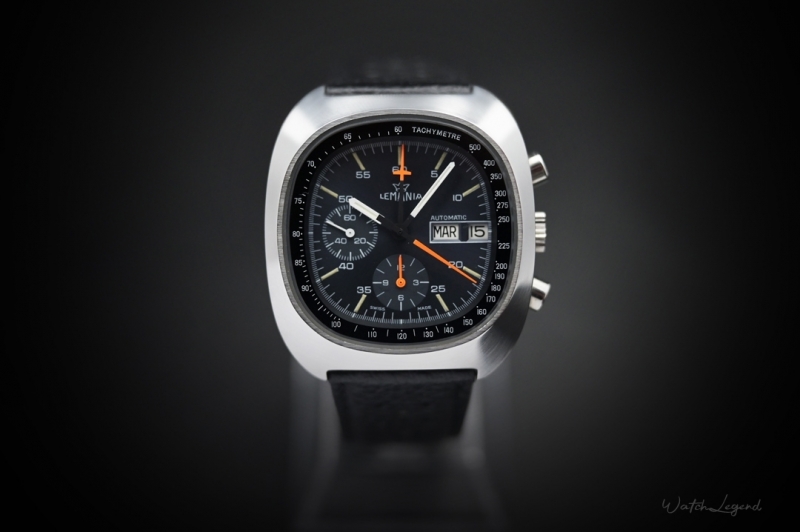 Rare exemple of a Lemania pre Silverstone chronograph, this model was then commercialized by Heuer for the famous Heuer Silverstone model (ref. 510.403).