Tissot  is a Swiss luxury watchmaker. The company was founded in Le Locle, Switzerland by Charles-Félicien Tissot and his son, Charles-Émile Tissot, in 1853[2]

Tissot is not associated with another Swiss watchmaking firm, Mathey-Tissot. Tissot is a subsidiary of The Swatch Group.

Tissot was founded in 1853 by Charles-Félicien Tissot and his son Charles-Émile Tissot in the Swiss city of Le Locle, in the Neuchâtel area of the Jura Mountains.

Tissot introduced the first mass-produced pocket watch as well as the first pocket watch with two time zones in 1853[1] and the first anti-magnetic watch, in 1929–30. Charles-Emile Tissot left for Russia in 1858 and succeeded in selling their savonnette pocket watches across the Russian Empire. The Tissot company was also the first to make watches out of plastic (Idea 2001 in 1971), stone (the Alpine granite RockWatch in 1985), mother of pearl (the Pearl watch in 1987), and wood (the Wood watch in 1988).Tissot merged with Omega in 1930 and Tissot-Omega watches from this era are sought after by collectors.

Tissot has been a member of The Swatch Group Ltd. since 1983, the largest watch producer and distributor in the world.[3] Still based in Le Locle, Switzerland and marketed in 160 countries around the world. Tissot watches are currently classified by Swatch Group as "mid-range market" products.
Tissot Le Locle

Tissot is an official timekeeper for the world championships in cycling, motorcycling, fencing and ice hockey, and was used for the Davis Cup in 1957 and downhill skiing in Switzerland in 1938. Tissot was also a key sponsor for the Formula One teams Lotus, Renault, and Sauber. Tissot's first engagement as an official timekeeper was in 1938 where they timed a series of Ski races in Villars-sur-Ollon, near the company's hometown in the Jura mountains.

For early events, handheld stopwatches were sufficient to provide official timings. Today Tissot works with various sporting bodies to develop systems to produce ever more accurate timings for specific events. In competitive cycling, for instance, sensors are placed on the bikes and track which are then linked by computers to provide track timings and performance data.

Tissot introduced its first tactile watch, with "T-Touch," technology in 1999; watches containing this technology have touch-sensitive sapphire crystals to control various functions like compass, barometer, altimeter and thermometer. The latest models in the T-Touch series, the T-Touch Expert Solar and T-Touch Lady Solar, have 25 functions.

Tissot has been the official timekeeper for a multitude of major sports, including MotoGP, ice hockey, cycling, the International Basketball Federation (FIBA) the Fencing World Championships, the Women's National Basketball Association, for many years. Being the official timekeeper means that Tissot has the responsibility of actually timing each of these sports. It has sponsored the Swiss national team,[8] the Chinese Basketball Association and other basketball-related events, teams, and organizations.
Brand Ambassadors

In December 2018, World Wide Fund for Nature (WWF) released an official report giving environmental ratings for 15 major watch manufacturers and jewelers in Switzerland. Tissot, along with 7 other manufacturers including Omega, Rolex and Longines, was given the lowest environmental rating as "Latecomers/Non-transparent", suggesting that the manufacturer has taken very few actions addressing the impact of its manufacturing activities on the environment and climate change.

There are concerns over the lack of transparency in manufacturing activities and the sourcing of precious raw materials such as gold, which is a major cause of environmental issues such as pollution, soil degradation and deforestation. It is estimated that the watch and jewelry sector uses over 50% of world's annual gold production (over 2,000 tons), but in most cases the watch companies are not able to or are unwilling to demonstrate where their raw materials come from and if the material suppliers use eco-friendly sourcing technologies. 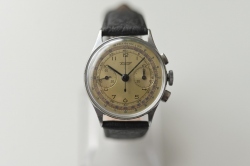 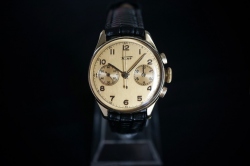 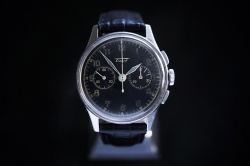 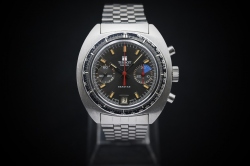 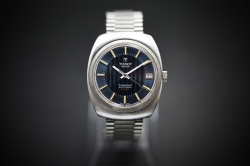 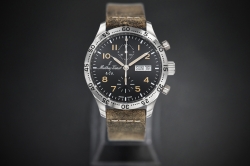