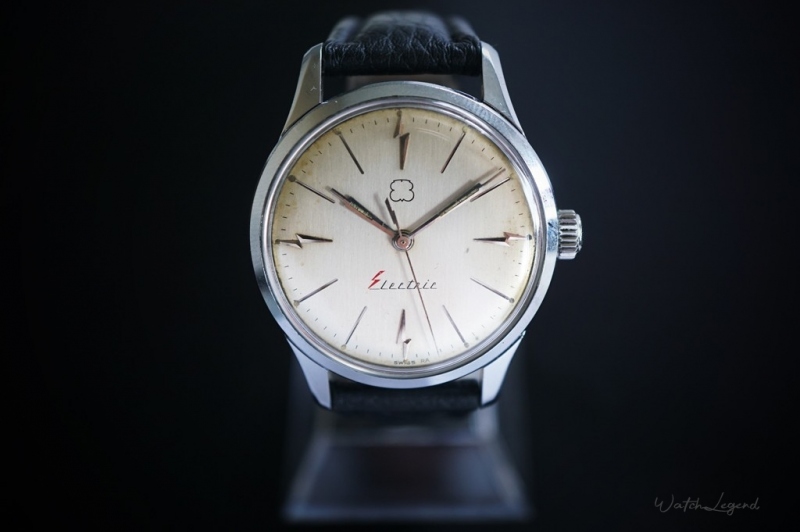 Ebauches SA was created on 27 December 1926 as a holding company with headquarters in Neuchâtel. Initial members were A. Schild AG (AS or ASSA) and Adolphe Michel SA (AMSA) of Grenchen and Fabrique d' Horlogerie de Fontainemelon (FHF) of Fontainemelon. The purpose of this merger was to bring order to the chaotic watch movement manufacturing industry. There were so many movement manufacturers that prices were falling and companies were failing. Many would sell components and ebauches abroad, where they were often used in "junk watches" with the "Swiss made" name.

But even this concentration was not enough, and the value of Swiss watch movements continued to fall as other makers flooded the market. In 1931, Ebauches SA became a founding member of ASUAG and would become the focus for movement makers within that group. Ebauches SA brought order to the market by buying as many as 75 movement manufacturers by 1951.
Many important movement makers would join Ebauches SA over the following decades. Fabrique d'Ebauches de Fleurier was added in 1932, Peseux in 1933, Derby in 1941, and Valjoux in 1944. Most of the purchased manufactures were closed down or merged with others into stronger companies such as ETA, AS, FHF, Unitas, Peseux, and Valjoux. The main goal was maintaining long-term economic independence for member companies, reducing competition, coordinating product development, and promoting specialization.

Ebauches SA met its end in the 1980's, with most of the component companies brought into the Swatch Group under ETA. This process began in 1979, as A. Schild is merged into ETA, still technically under Ebauches SA but increasingly strong. This new ETA focuses production and becomes the focal point for Swiss watch movement manufacturing. In 1982, more manufacturers are brought into ETA, including FHF. As ASUAG is merged with SSIH in 1983, Ebauches SA is no longer relevant. It is dissolved as part of the creation of SMH (now Swatch Group), in 1985.

In addition to watch movements, Ebauches SA developed and produced demonstration ,training watches and pre production prototypes for various brands.
Only a few examples remain nowadays with the Ebauches SA logo on the dial as this models were not sold to the public 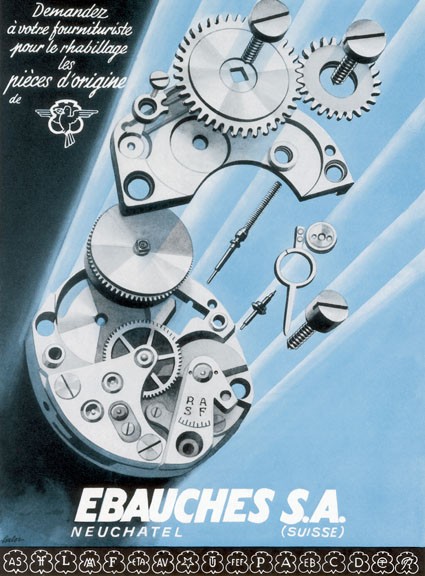