Nivada was founded as early as 1879 in Grenchen, Switzerland. The company gained traction after World War II, producing a series of successful watches before succumbing to the quartz crisis.

In 1926, Nivada was operational in Grenchen as Wüllimann Schneider Nivada S.A. The company relied on proven movements from ETA and Phénix S.A., as was typical at the time, and the company was known for quality mass-produced watches. Nivada celebrated its 100th anniversary in 1979. The company was run by Max Schneider, grandson of the founder, at that time.

Nivada was prevented from using their name during the 1960s and 1970s due to its phonetic similarity with Movado, so the products were labeled "Nivada Grenchen". In the United States, Croton was formed in 1940 as a distributor for Nivada products, so many were sold under the "Croton Nivada", "Croton Nivada Grenchen", and simply "Croton" names.

The Nivada brand was also used in South Korea by the Kim Suk Keun Watch Company from 1985 through the 2000s but appears to be defunct now.

Today, Nivada is still incorporated in Grenchen, Switzerland and the brand continues in some markets, notably in Mexico. 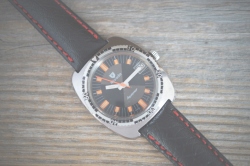 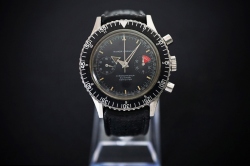 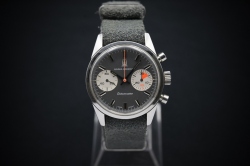 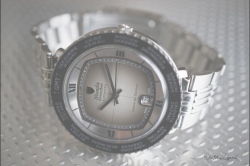