Omega SA is a Swiss luxury watchmaker based in Biel/Bienne, Switzerland. Founded in 1848, the company formally operated as the La Generale Watch Co. until incorporating the name Omega in 1903. Omega is currently a brand of the Swiss Swatch Group.

Britain's Royal Flying Corps chose Omega watches in 1917 as its official timekeepers for its combat units, as did the U.S. Army in 1918. Omega watches were the choice of NASA and the first watch on the Moon in 1969. In addition, Omega has been the official timekeeping device of the Olympic Games since 1932.James Bond has worn it in films since 1995; other famous Omega wearers, past and present, include Elvis Presley, John F. Kennedy, Prince William, George Clooney and Buzz Aldrin.
Contents

The forerunner of Omega, La Generale Watch Co, was founded at La Chaux-de-Fonds, Switzerland in 1848 by Louis Brandt, who assembled key-wound precision pocket watches from parts supplied by local craftsmen. He sold his watches from Italy to Scandinavia by way of England, his chief market. In 1894, his two sons Louis-Paul and César developed a revolutionary in-house manufacturing and total production control system that allowed component parts to be interchangeable. Watches developed with these techniques were marketed under the Omega brand of La Generale Watch Co. By 1903 the success of the Omega brand led to La Generale Watch Co to spin off the Omega brand as its own company, and the Omega Watch Co was officially founded in 1903.
Re-organization

Louis-Paul and César Brandt both died in 1903, leaving one of Switzerland's largest watch companies — with 240,000 watches produced annually and employing 800 people — in the hands of four young people, the oldest of whom, Paul-Emile Brandt, was not yet 24.

Brandt was the great architect and builder of Omega. His influence would be felt over the next half-century. The economic difficulties brought on by the First World War would lead him to work actively from 1925 toward the union of Omega and Tissot, then to their merger in 1930 into the group SSIH, Geneva.

Under Brandt's leadership and Joseph Reiser's from 1955, the SSIH Group continued to grow and multiply, absorbing or creating some fifty companies, including Lanco and Lemania, manufacturer of the most famous Omega chronograph movements. By the 1970s, SSIH had become Switzerland's number one producer of finished watches and number three in the world. Up to this time, the Omega brand outsold Rolex, its main Swiss rival in the luxury watch segment, although Rolex watches sold at a higher price point. Around this time it was viewed as Rolex versus Omega in the competition for the "King of Swiss Watch brands". Omega watches tended to be more revolutionary and more professional focused, while Rolex watches were more ‘evolutionary’ and famous for their mechanical pieces and brand.

While Omega and Rolex had dominated in the pre-quartz era, this changed in the 1970s. That was when Japanese watch manufacturers such as Seiko and Citizen rose to dominance due to their pioneering of quartz movement. In response, Rolex continued concentrating on its expensive mechanical chronometers where its expertise lay (though it did have some experimentation in quartz), while Omega tried to compete with the Japanese in the quartz watch market with Swiss made quartz movements.
Recent development
Omega Seamaster De Ville, an early "waterproof" watch, with automatic movement and date, in 14k gold

Weakened by the severe monetary crisis and recession of 1975 to 1980, SSIH was bailed out by the banks in 1981. During this period, Seiko expressed interest in acquiring Omega, but nothing came out of the talks.

Switzerland's other watch making giant Allgemeine Schweizerische Uhrenindustrie AG (ASUAG - supplier of a large range of Swiss movements and watch assemblers) was in economic difficulty. It was the principal manufacturer of Ébauche (unfinished movements) and owner, through their sub-holding company General Watch Co (GWC), of various other Swiss watch brands including Longines, Rado, Certina, Hamilton Watch Company and Mido.

After drastic financial restructuring, the R&D departments of ASUAG and SSIH merged production operations at the ETA complex in Granges. The two companies completely merged forming ASUAG-SSIH, a holding company, in 1983.

Two years later this holding company was taken over by a group of private investors led by Nicolas Hayek. Renamed SMH, Société de Microélectronique et d'Horlogerie, this new group over the next decade proceeded to become one of the top watch producers in the world.In 1998 it became the Swatch Group, which now manufactures Omega and other brands such as Blancpain, Swatch, and Breguet.

Omega's brand experienced a resurgence with advertisement that focused on product placement strategies, such as in the James Bond 007 films; the character had previously worn a Rolex Submariner but switched to the Omega Seamaster Diver 300M with GoldenEye (1995) and has stayed with the latter ever since until swapping it for the Omega Planet Ocean and Aqua Terra. Omega also adopted many elements of Rolex's business model (i.e. premium pricing, tighter controls of dealer pricing, increasing advertising, etc.) which was successful in increasing Omega's market share and name recognition to become more of a direct competitor to Rolex.
Watch manufacturing
Notable inventions and patents
Omega Constellation - 18k rose gold - 1958

In 1947, Omega created the first tourbillon wristwatch calibre in the world with the 30I. Twelve of these movements were made, intended for inclusion in the observatory trials in Geneva, Neuchâtel and Kew-Teddington, and they were known as the Omega Observatory Tourbillons. Unlike conventional Tourbillion movement's whose cages rotate once per minute, the 30I's cage rotated one time each seven and a half minutes. In 1949, one of these delivered the best results ever recorded by a wristwatch up to that time. A year later, Omega broke its own record in the Geneva Observatory Trials of 1950.

On January 17, 2013 Omega announced the creation of the world's first movement that is resistant to magnetic fields greater than 1.5 tesla (15,000 gauss), far exceeding the levels of magnetic resistance achieved by any previous movement - a similar movement was used by Daniel Craig as James Bond, though the official collectors watch was labelled as resistant to 15,007 gauss in honor of the fictional secret agent's codename. Most anti-magnetic watches utilize a soft iron - Faraday cage which distributes electromagnetism in such a way that it cancels the effect on the movement contained within. This type of anti-magnetic case required de-magnetizing procedures of the case. Omega has instead built a movement of non-ferrous materials eliminating the need for such a cage and providing a far greater resistance to magnetic fields eliminating necessity of additional maintenance.
Observatory Trials
Omega Genève Cal. 613

Observatory trials focused on the science of Chronometry and the ability to make chronometers measure time precisely. Only Patek Philippe and Omega participated every year in the trials. Omega's performances at these competitions garnered the company a reputation of precision and innovation.

For more than a decade (1958 – 1969), Omega was the largest manufacturer of COSC chronometers. Omega developed the slogan "Omega – Exact time for life" in 1931 based on historical performance at the Observatory trials. Omega's early prowess in designing and regulating timing movements was made possible by the company's incorporation of new chronometric innovations.

The following are some important reference dates for the Omega precision records:

In December 2018, World Wide Fund for Nature (WWF) released an official report giving environmental ratings for 15 major watch manufacturers and jewelers in Switzerland. Omega, along with 7 other manufacturers including Patek Philippe, Breguet and Rolex, was given the lowest environmental rating as "Latecomers/Non-transparent", suggesting that the manufacturer has taken very few actions addressing the impact of its manufacturing activities on the environment and climate change.

There are concerns over the lack of transparency in manufacturing activities and the sourcing of precious raw materials such as gold, which is a major cause of environmental issues such as pollution, soil degradation and deforestation. It is estimated that the watch and jewelry sector uses over 50% of world's annual gold production (over 2,000 tons), but in most cases the watch companies are not able to or are unwilling to demonstrate where their raw materials come from and if the material suppliers use eco-friendly sourcing technologies. 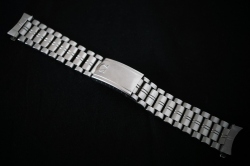 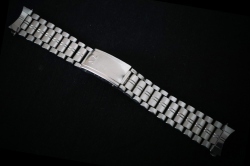 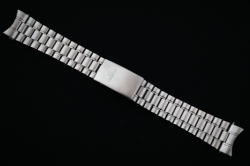 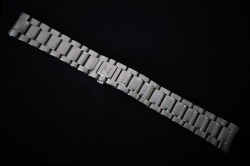 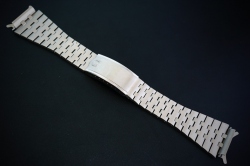 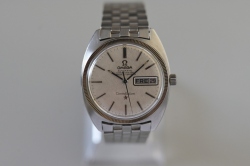 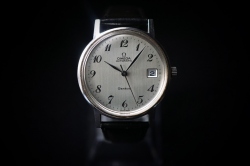 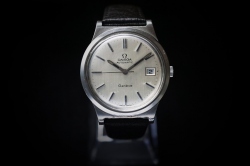 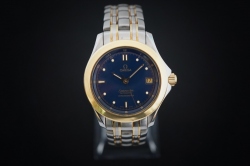 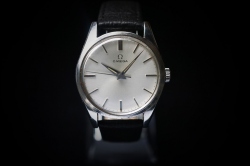 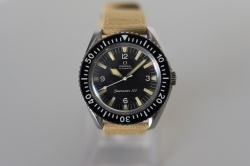 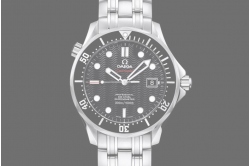 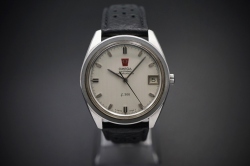 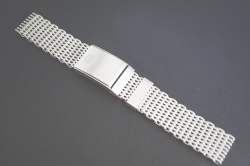 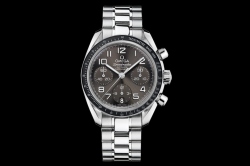 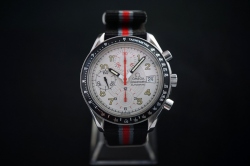 Omega Speedmaster From The... 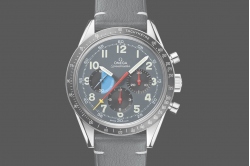 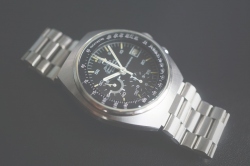 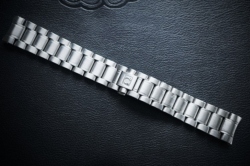 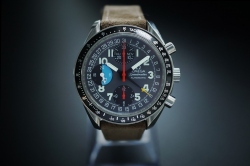 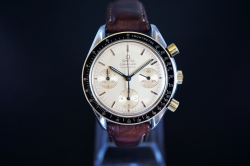